Wednesday poster for On Stranger Tides!
This time we meet Angelica Teach! 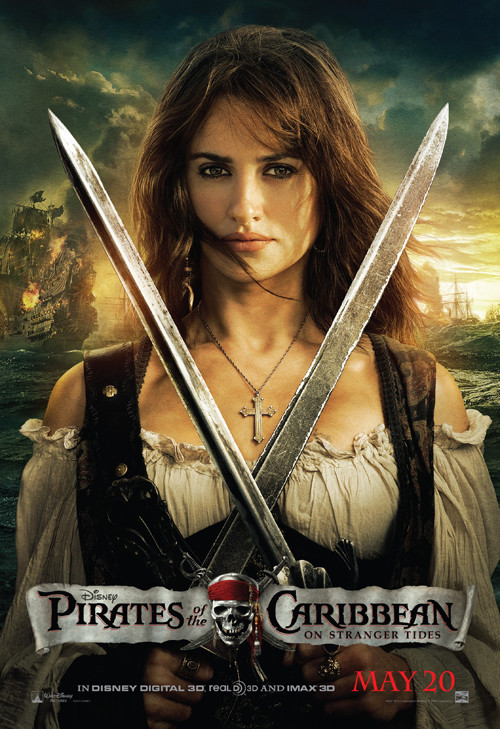 With Blackbeard and Jack Sparrow in her life, it’s no wonder beautiful Angelica is a pirate dangerous to match swords with, let alone hearts.

A woman who tells lies that are truths and truths that are lies, Angelica may or may not be the daughter of the feared Blackbeard himself. A master of disguises, she learned the art of the con from the best, one Captain Jack Sparrow. An accomplished sailor who can wield a sword, fight and plunder with the fiercest of pirates, Angelica is hell-bent on one goal: to save the eternal soul of Blackbeard from certain damnation, even if it means matching Captain Jack lie for lie and double cross for double cross.

Waiting for an HD pic...