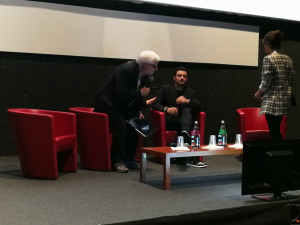 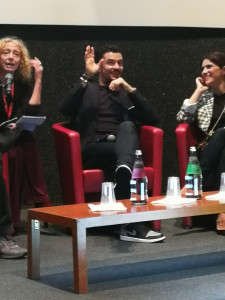 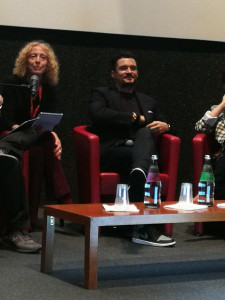 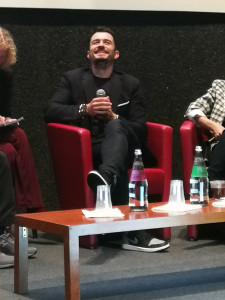 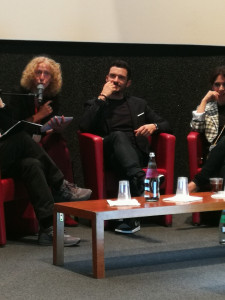 So I left the place very happy and then I realized...
"Wait, I have the tickets for tonight's movie premiere! And he'll do a little red carpet, so, why not try?"
So after a fast lunch, I went to my apartment room just to change my clothes and to put a more comfortable pair of shoes and... I went to an adventure! Really. Because the cinema where the premiere took place was very distant from my starting point and not directly linked with transportations (I had to change a lot of them otherwise) and since I had to call a taxi for the journey back and I didn't want to spend all my money there, I preferred to walk, like Elizabeth Bennet would do. And oh my! It was very far and I just followed the route of google maps: I must have resembled like a pirate searching for the X. Anyway, more than a hour and a half later, I arrived at destination! It was very early, like 6:30 pm, and I had to wait behind the barriers for five hours, and luckily I met other lovely people and with some of them I'm still in contact. By the way, hours of cold later, Orlando finally arrived. Here I don't recall very well what actually happened because I was too emotional, aka petrified, again. Anyway, he stopped by me two times: the first one he signed me a picture of Will Turner that I brought from home (I chose that picture because it was in that moment that I felt in love with him the first time) and we made a selfie, that turned out very crappy; before taking the picture, I said to him if he could change side because I wasn't able to take selfies with my left hand and he went with "sure, no problem", and that was all. When he walked again in front of me, I touched his shoulder for making him stop again and he was so kind to take with me other two pictures, and one of them turned out more normally (it's the third one under here), the other two I'll never show to anyone, they're so ugly! I think I said to him "thank you for being an inspiration", he smiled back at me and here I died again. It was all very fast and rushed because he wanted to sign autographs and to take pictures with EVERYONE! He didn't disappoint anyone, because he even stopped two times with each one of us! We weren't a lot, so he was very relaxed and pleased of making us happy. See? He's a precious human being! ♥
Then, the ones with the ticket entered the cinema where he briefly introduced "Romans", his new movie, and he was even a bit sorry for us who were watching it, because it's very different from his blockbusters (but not less deep than his less known works) and he was afraid it was too dark and harsh for being fully understood. He watched the movie with us and it was really an experience! I suggest to watch you this movie if you can, because Orlando's performance is majestic. It talks about the life of a man who was abused by a priest when he was a child, of his traumas and so on. It's a very brutal movie, that show how a life can be ruined by such horrible things. When the film finished we were all in silence and we didn't know how to react to this rough and very dark film: but a thing we knew for sure. Orlando Bloom's performance was brilliant and deep, and so we turned to him and we applauded him. He was very emotional and grateful for this recongnition and after greeting us, he went away and I came back to my rented room, with a smile in my face and the consciousness that I would never forget that day and that, sometimes, wishes come true. 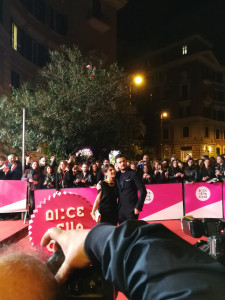 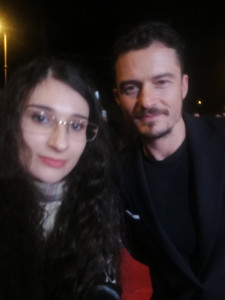 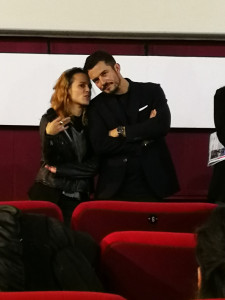 All the pictures were taken by me and are all clickables.
Collapse